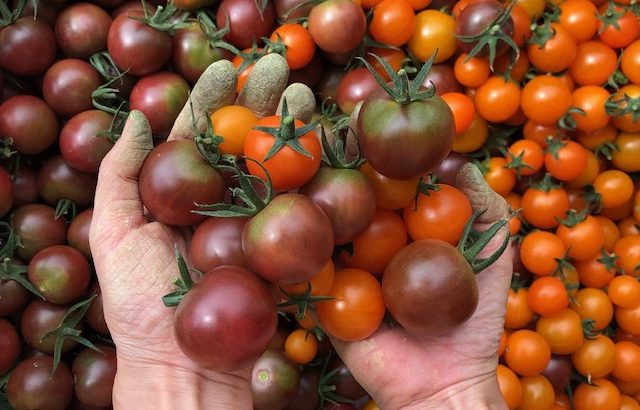 In the Caudan city of Brittany, northwest of France, there is a small organic farm that was recently established two years ago.

I found the entrance to the plantation just slightly beyond the main road, a little past the green pastures where horses graze.

I was then greeted and given a warm welcome by two French men –  Eric Kernin and Benoa Boucha both in their thirties. 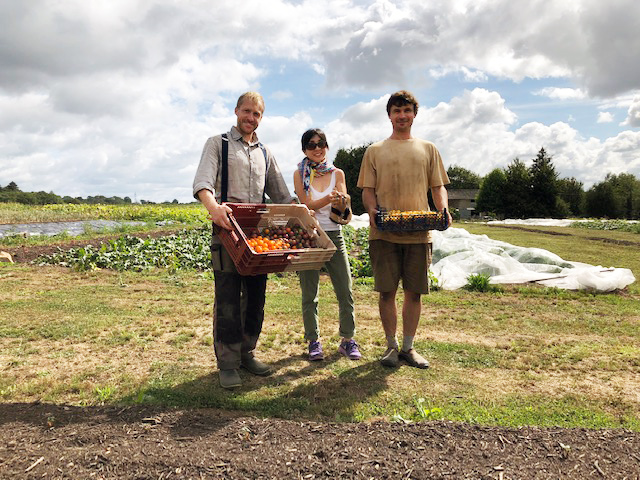 Despite the fact that the two of them have zero agricultural farming experience, they became farm entrepreneurs in their thirties! I had a hearty interview with them and got to learn more about the background of their entrepreneurship and the current activities.

The two started off as schoolmates in Le gos chene agricultural school back in 2015 and began preparing setting up the organic farm “La Ferme de Kerhet” as a joint management project in July 2016.

It wasn’t all easy peasy from the start. Eric started out as a graphic artist but did not make much progress with it as a profession. He then suffered from a period of unemployment and he failed to find a job as a bus driver.  At that time, he explained that he was fortunate enough to take over the land that his parents owned, and hence decided to take the path of organic farming after considering the effective use of the land and the revitalization of the area.

Benoa’s story started when he was dispatched to India as an employee of a textile company. After he experienced management training there, he moved and ventured further into the wholesale apparel industry in France, but like in many workplaces, Benoa’s experience wasn’t all that pleasant.  “People are not truly treated [well] and the industry is not friendly to both humans and the environment.  Even if I can not change the whole world, I want to be able to do something worthwhile for the society and the environment with my own hands,” and with that, he started his journey down the path of organic agriculture farming.

Because of the efforts of these two passionate beings, “La Farme de Keret” was launched on May 1, 2017. Housing an abundance of fresh produce with the likes of tomatoes, pumpkins, eggplants, zucchini, cucumber, lettuce, carrots, leek, radish, cabbage, green beans, beetroot, potatoes, herbs and so on. 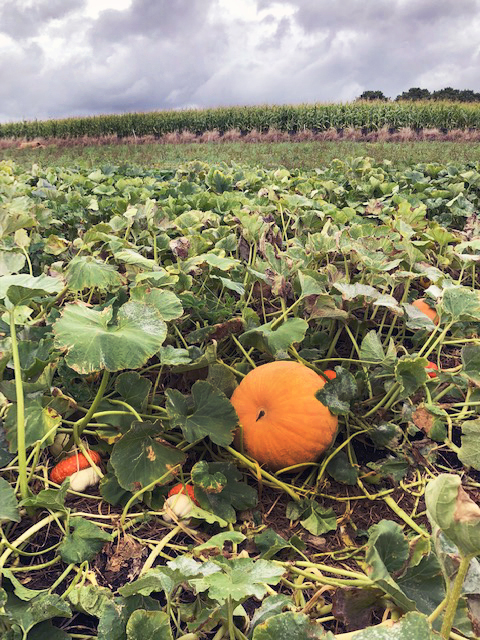 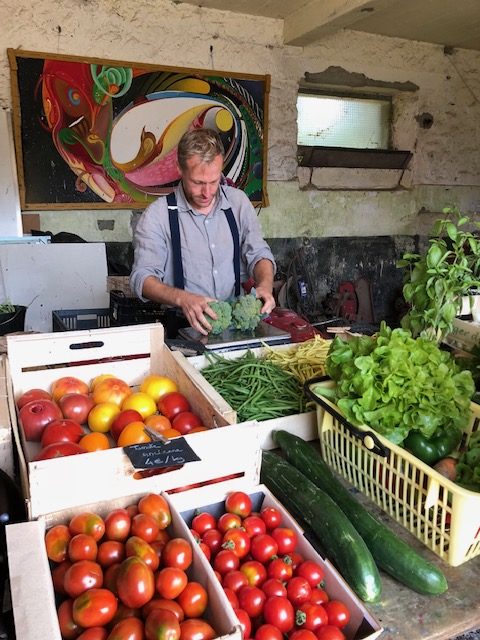 But life definitely isn’t rosy for farmers who had to deal with mother nature up front! In the first year, the carrots were totally destroyed by cold weather. Tomato seedlings were also temporarily catastrophically damaged by the cold, and this year there hard work is aplenty as their leek were being damaged by flies right before the summer.

I had thought that having to adapt and deal with mother nature would be one of the biggest difficulty that organic farms face but it turns out that the most difficult thing is actually sales.

“As farmers, we can always find ways to improve the growth of our crops, but it is still difficult to attract businesses and customers.  As a two-man team, we lack the resource to focus on the sales department. We would definitely like to add another partner in the future, and putting more effort into sales as a three-man team.”

Currently, it’s been a year since the opening, the harvest has doubled, and are on sale at a farmhouse every Saturday.  The number of regular customers, exhibitors at the farmer’s market, and the number of retail shops have also increased.

In addition, the circle of farm vegetable fans in the city is increasing every day through social networks. He said he is also visiting and selling vegetables to desired companies. Eric added that the “Movement of the revitalizing of the region,” which the two of them wanted to achieve from the start and change the world from their feet, is certainly growing.

I too, personally went to the Farmer’s Market to see how the sale of organic farm vegetables went on Saturday. It was a varied crowd ranging from young people to families, to elderly buyers.  With the shoppers being mainly French, I too noticed a handful of Japanese women, probably living in the vicinity, purchasing the fresh produce as well.

A woman who is a regular customer said, “The quality of the vegetables is wonderful, the price is also conscientious because it is a freshly harvested vegetable, it lasts even if you buy it collectively. If you purchase vegetables at the supermarket, time in the distribution process has actually lapsed.” 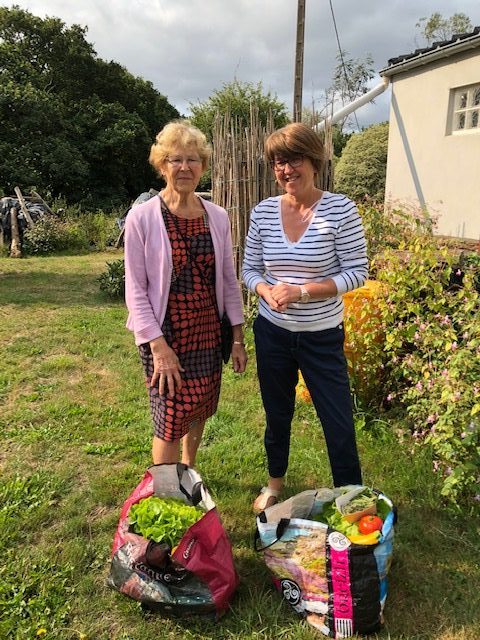 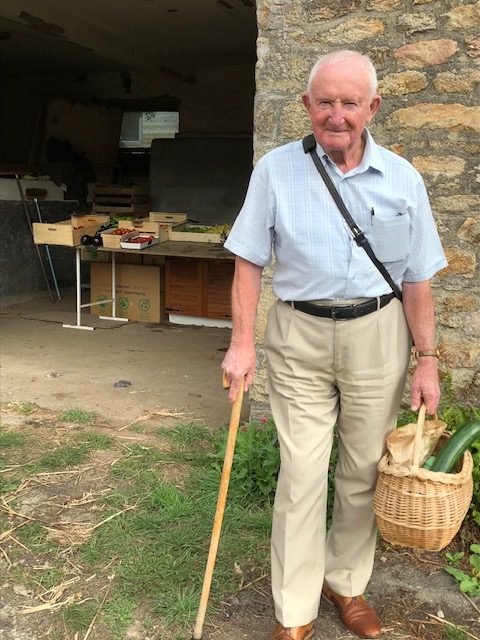 For direct selling, I find that the price is very reasonable although it can also be organic. For example, 1 to 2.5 kg of tomatoes cost about 2.5 euros (3 to 4 euros at the supermarket)

However, even though they grow them organically, they make sure that they do not sell those products that have been partially consumed by insects or worms. These are usually consumed in-house. “Because we are organic, we want to offer customers only perfect and high-quality products and eliminate the image of insect bites,” Benoa said. 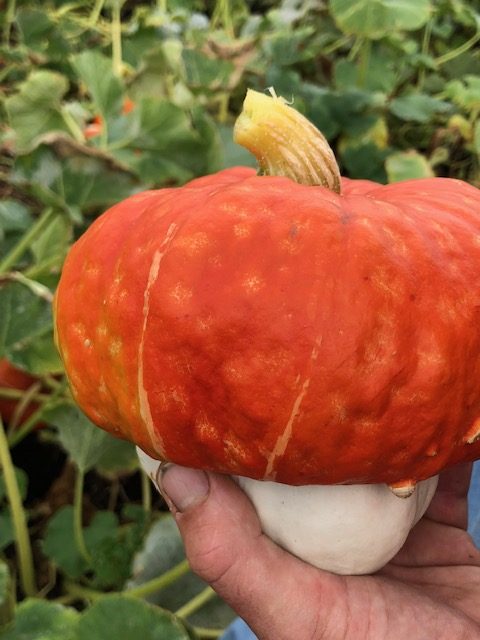 The immediate goal is to increase the number of customers and obtain a yield double of the current customer base. When probed about questions of overseas development their answer is clear. “When considering the issue of carbon dioxide emissions, I do not want to do things that are not good for the environment, I would like to change the world within my own hand’s reach, mainly on the idea of local consumption local production for now so we’re not considering any overseas expansion at the moment.”

It is unfortunate that we can not sample the marvelous taste of their vegetables in Singapore, but I think that such organic efforts will increase and that organic farming will spread even further in the world.

I had the chance to pick some fresh organic tomatoes off their vines until my hands turn green from the juice of the tomatoes.  The freshness and the vivid taste of the vegetables have deeply seeped into my the memory of my 5 senses and I feel that I really want to eat this every day. “I want to eat every day …”. 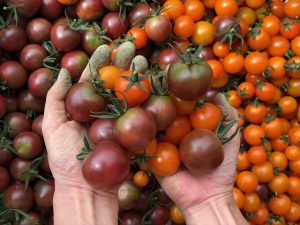 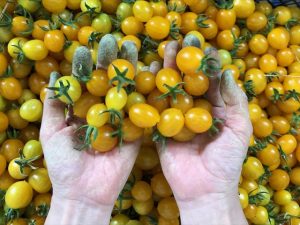 In France, consumer awareness of food safety has increased and organic agriculture is rapidly expanding. The government has set a goal to raise it further to 20% by 2020. Although organic agriculture is still not a mainstream industry there is gradually an increase in young people like Eric & Benoa aiming at organic farming who were also inspired by French agri-ecologist Pierre Rabbi’s idea of organic farming.