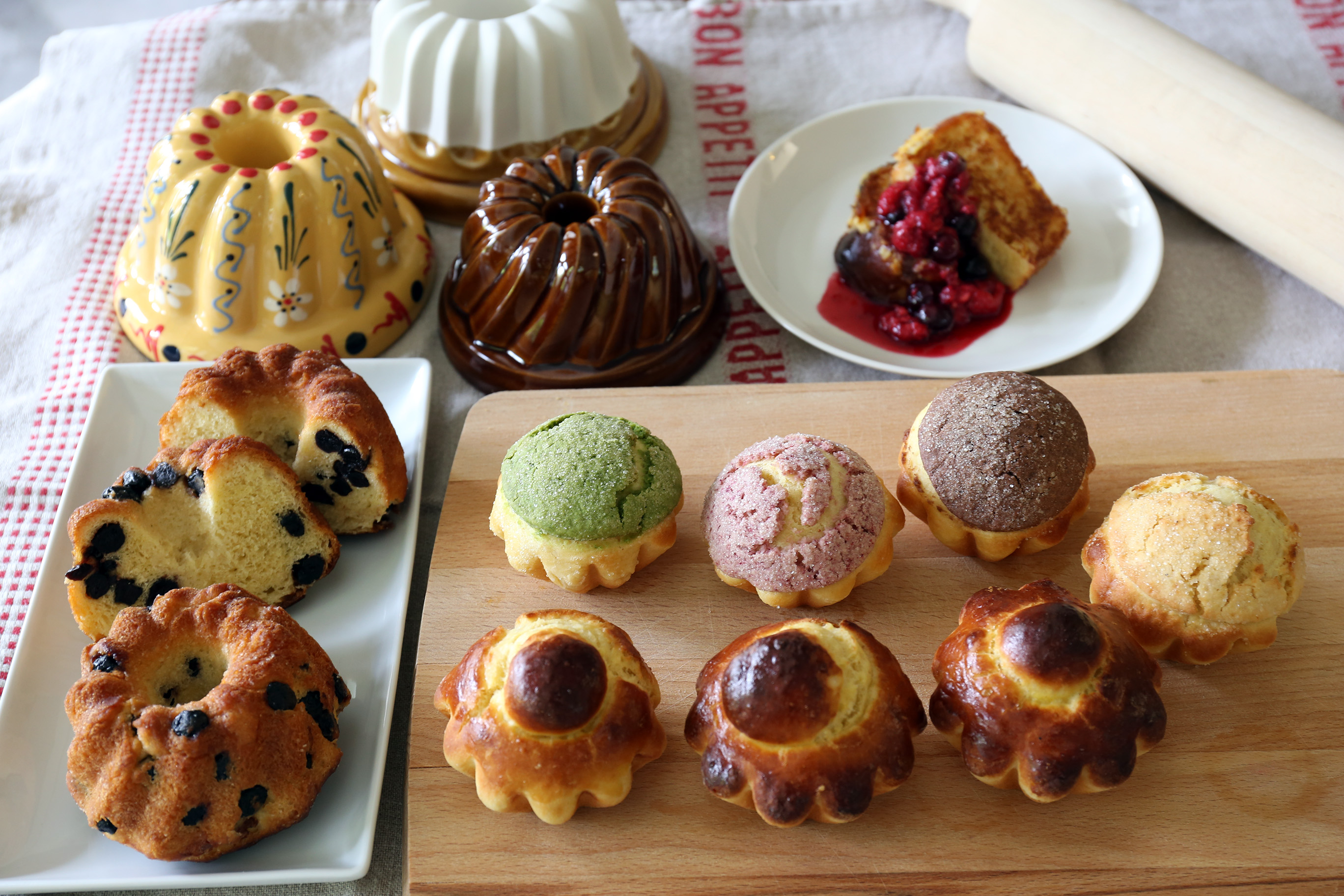 Brioche is a buttery, egg-rich, candy-like bread. It’s unique in a way that you have to make it at a cooler temperature than normal bread. You can make various bread from brioche dough.

In this class, we’ll first master the basic brioche and then a version that is baked with cookie dough just like melon bread in Japan. We’ll be baking four colors and flavours for this version –  cocoa, matcha, Raspberry and passion fruit.
Next, we’ll introduce Kouglof – and Alsatian bread in a region famous for pottery and we’ll be using the classical pottery mould to bake! Last but not least we’ll end off with a brioche bread French Toast. In Paris, the fashionable Salon de Te is actually not bread but French toast with brioche! We’ll be adding berry sauce to our version to recreate the taste of Paris.

What’s included in the ticket fee
Lesson fee, ingredients, apron on loan, snack time (French toast made by the instructor and tasting of the Kouglof), printed recipes

What to bring
Take away container for the bread

Remarks
If you have long nails or painted/gelled manicured nails, you may be asked to wear vinyl gloves on the day.
(Available at the venue.) Please remove the rings and bracelets while working on the dough

Culinary Instructor Madame Eiko Simon lived in Paris for more than 15 years and mastered her skills at several culinary schools including Boulangerie (Baker shop in French). Armed with her very own homemade French cuisine recipes which were passed down by her mother-in-law, she now stays in Singapore with her French husband and works as a culinary instructor and an event coordinator at Spoonful. In Singapore, she teaches at the Japanese Association regularly too.
Cooking certification: Ryo-ken (Tokyo 2014) Master Chef Techniques, La Cuisine des Chefs (Paris 2013-4) French-bread making, MAISON LANDEMAINE (Paris 2015) Ecole de Boulangerie EBP (Paris 2014).

Tickets are not available as this event has passed.