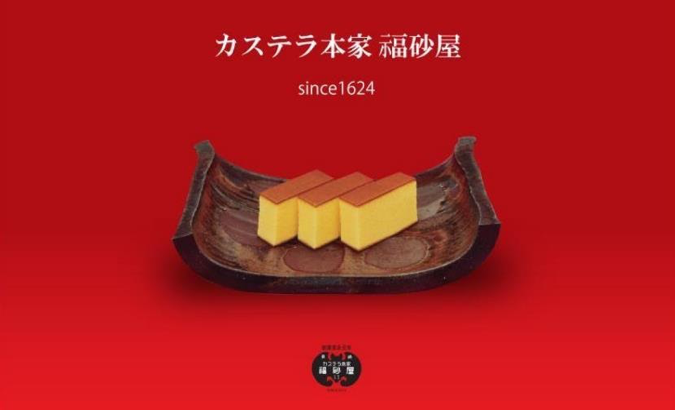 Japanese Fukusaya Castella Cake with Close To 400 Years of History Makes Its Debut in Singapore!

SINGAPORE, 11 August 2021 Isetan Singapore is proud to announce the launch of Fukusaya Castella –  a Japanese castella cake brand from Nagasaki, Kyushu, Japan, with almost 400 years of history This time-honoured and well-celebrated confectionery brand will make its debut in Singapore on 20th August 2021 at Isetan Scotts Supermarket. 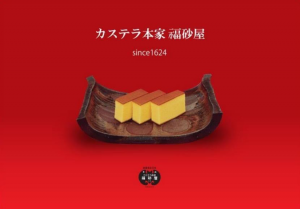 A little history:
Castella is a kind of Japanese traditional confectionery called Wagashi.  However, the name Castella isn’t Japanese at all. In fact, the delicacy itself was an item of foreign influence and the original cake was brought into Japan as an imported confectionery during the end of the Japanese warring period. The Castella was introduced during the16th century Japan where Portuguese merchants would stop by the trading port in Nagasaki; the only port in Japan open to foreign trade at that time. The name of the cake was called  Pão de Lo in Portugal, but when the Japanese asked what it was, the answer was “Pão de Castela” which means “bread from Castille”; an old kingdom that belonged to Spain.  The Japanese then further developed and refined the recipe to the way it is today and the cake became very popular. However, due to the high cost of sugar back then, it was seen as an expensive, if not a luxury item to have. 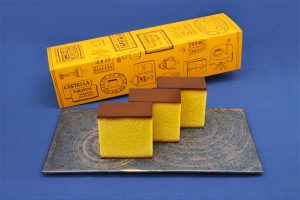 What exactly is Japanese Castella
Castella Cake is made of very basic ingredients, mainly flour, sugar, and eggs. Unlike its Taiwanese counterpart which is soft and giggly, the Japanese Castella is denser and more structured due to the way the batter is mixed. It does not contain any oil or dairy and is baked with Zarame sugar (crystalized sugar), which lends moisture, sweetness, and texture.

Another unique feature of the traditional Nagasaki Castella is the crisp texture at the bottom crust, which gives it a slightly gritty sensation. This comes from the finely ground sugar crystals. When the ingredients are mixed, the sugar crystals are rubbed off and blended into the batter, making it soft and moist. Some of the sugar sinks to the bottom and remains there and that adds crunchy texture, contributing to the rich sweetness and a nostalgic flavour. This is the traditional taste of Nagasaki Castella cake.

Preserved Tradition at its Best
Fukusaya Castella is a homegrown brand in Japan. Since its founding in the first year of the Kanei period (1624), they have been focussed on making and selling one signature item and nothing else – the Japanese Castella. Fukusaya has no hidden secret.  Their success lies in carefully selected ingredients and in their specially recruited pastry chef’s undying passion and hand technique that has been acquired over years of experience.

The cake is made with the constant care and attention from one dedicated pastry chef who would see through the entire process;  from the separation of eggs, to whipping the meringue, mixing, folding, pouring of the batter, and eventually baking. 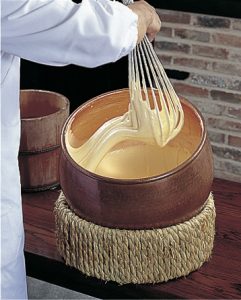 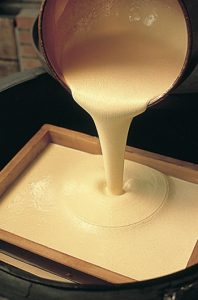 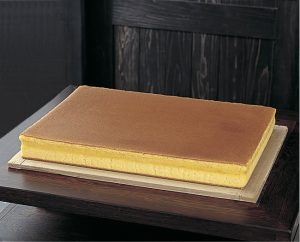 Fukusaya has consistently preserved this tradition of using the handmade method, and constantly adjusting the technique in accordance to temperature and humidity, for 397 years. It is this dedication and time-honoured process that gives Fukusaya’s Castella its unique texture, and full-bodied flavour.

Having been dominating the Japanese market for centuries, Fukusaya is now expanding overseas. Fukusaya’s aim is to close gaps and avail their traditional castella cakes to people overseas, especially those who could not go to Japan during this pandemic. Singapore is its second overseas expansion after Taiwan.

“We are honoured to be the first in Singapore to sell Castella baked in the same way as we have been doing since our establishment in 1624,” says Teizo Tonomura, Executive Vice President of Fukusaya.

“Furthermore, I would like Singaporeans who are celebrating the 55th anniversary of diplomatic relations with Japan this year (SJ55) to be able to experience the traditional culture of Japan more. I hope that Singaporeans will enjoy our cakes that are filled with the history of Fukusaya and our commitment to quality, handmade Castella cakes.”

Fukusaya’s  Castella will be available at Isetan Supermarket, for SGD$25.90 a box (360g, 10 slices in a box), from 20th August 2021 onwards. To maintain its freshness, the cake comes as a pre-packaged chilled product which is best consumed after letting it come to room temperature for about an hour.

To celebrate its Singapore debut, Isetan and Japan Creative Centre, Embassy of Japan will co-organise a Facebook Live event in cooperation with JNTO and Spoonful on Friday, 20th August, at 12 pm.

The hour-long session will introduce the history of castella cake and the characteristics of Castella. The various different kinds of Castella from the Kyushu region, including Fukusaya Castella, will also be featured. It will also include a short cooking demonstration video of homemade Castella.

About Isetan Singapore
Isetan is a leading Japanese departmental store well known for its excellent service staff; commitment to quality and industry-leading buys which exemplify the best of Japanese retail. Based in Tokyo, Isetan has branches throughout Japan, Southeast Asia, Taiwan, and China. As of April 2008, Isetan was merged with fellow Japanese departmental store Mitsukoshi to form Isetan Mitsukoshi Holdings.

About Castella Honke Fukusaya Co.,
Founded in 1624, the making of Nagasaki Castella has been handed down as a family tradition. Around 1624, the Japanese and the Portuguese mingled cordially in the streets of Nagasaki. It is thought that the 1st Fukusaya got a chance to learn the way to make Castella from the Portuguese. Over the centuries, they have preserved the tradition of their signature Castella recipe and methods and have opened stores all over Japan. To this day, Fukusaya has remained the “Castella Honke” (originator of Nagasaki Castella).

The Japan National Tourism Organization has been committed to the development of international tourism exchanges since its establishment in 1964. It is involved in a broad range of activities both domestically and worldwide, to encourage international tourists from all over the world to visit Japan. And their activities include and are not limited to promoting Japanese tourism, operating the Tourist Information Centers in Japan for international visitors, publication of tourism reports, and providing support for international conventions and events.

About Nagasaki & Fukuoka
The city of Nagasaki is more a bustling town than a packed metropolis. Curling around the western point of Kyushu, its proximity to mainland Asia made it the only place open for trade during Japan’s long period of isolation. This vibrant port city of sloping hills is renowned for its color, charm, and international influence.

Fukuoka is the fastest growing city in Japan and has benefited throughout its history from its proximity to mainland Asia. Great food and company reign supreme in Fukuoka, the relaxed port town that is at the heart of life on Kyushu, Japan’s third-largest island.

The Japan Creative Center is a base for disseminating information on Japan’s culture and technologies. The Centre is the first of its kind outside Japan as a new type of culture and information center that showcases Japan’s “now”, and could serve as a model for the future.

“Innovation and Tradition” is the main theme of the Centre. The Centre will showcase Japan’s “soft power”, such as pop-culture and traditional arts, besides creating space for experiencing the charms of Japan. The contents of the Centre can be enjoyed not only by the Singaporeans but also by the peoples of other Southeast Asian countries.